← more from
Ba Da Bing Records
Get fresh music recommendations delivered to your inbox every Friday.
We've updated our Terms of Use. You can review the changes here. 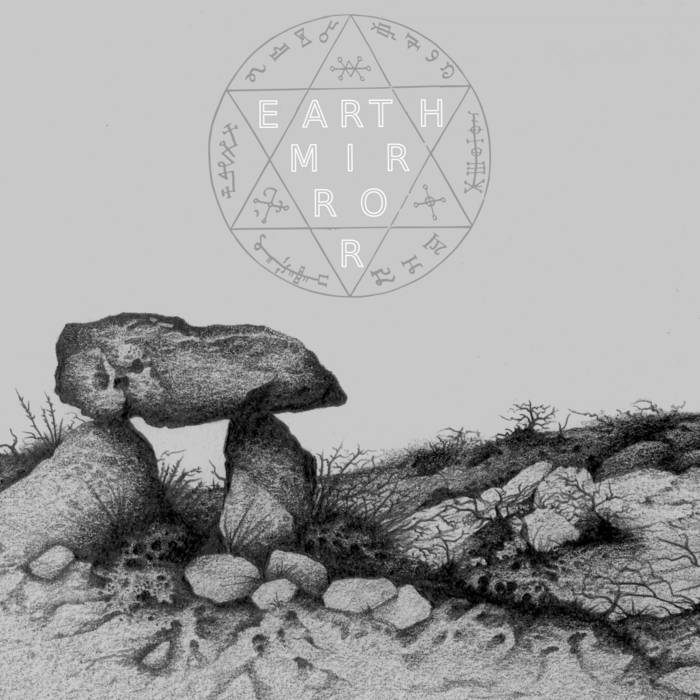 YNG ZNG I love playing this at night because I can still listen when I'm already sleeping Favorite track: Circles of Light.

vertov Cat's Cradle started playing while I was minding my young kittens, who all took a break from wrestling to sit around the speaker, entranced. Favorite track: Cat's Cradle.

TARANTULA FACE Incredible, visionary work! I thought The Red Goddess would be hard to follow, but this one is beauty!

The Number Of The Yeast

An Earth Mirror is a magical device. Found in German occult literature, it is a clod of earth sandwiched between layers of glass. Gazing into the Earth Mirror is said to reveal the locations of hidden treasures. Magical visions and the revelation of mysteries in the landscape are two prominent features of Earth Mirror, the new album by Layla & Phil Legard alias Hawthonn, and their second for Ba Da Bing.

Somewhere between moon musick and ethereal pop, the songs of Earth Mirror reflect the band’s transition from studio project to live performers in the wake of 2018’s Red Goddess (of this men shall know nothing). The themes for the songs on Earth Mirror reflect the Legards’ experiences, magical and mundane, in the wake of Red Goddess and as the world then headed full-tilt into pandemic.

As ever, Hawthonn fuses sensibilities of sound design and electroacoustic music (- Phil is a university lecturer in these subjects -) with unusual atmosphere and emotion. Beyond music, the pair are serious students of the variegated histories of occultism, most recently with Phil’s publication of An Excellent Booke of the Arte of Magicke (with Al Cummins), which presents the first edition of a magical manuscript written by 16th-century adventurers Humphrey Gilbert & John Davis.

The cover art by John Godbert, an archaeological illustrator and musician, (also known for The Fall’s Live at the Witch Trials artwork) is inspired by the ancient Welsh dolmen Maen y Bardd (Stone of the Bard). Such ancient sites, scattered across present-day Britain, have a reputation for turning anyone who spends a night in them into a madman or a poet. Ever favored by Hawthonn, these liminal places hint at the possibility of using the landscape to move from one form of consciousness to another. For Hawthonn, they are literal earth mirrors.

As true practitioners of niche occultism and sound manipulation, Hawthonn could easily have been an inscrutable project. However, under the careful guidance of the Legards, Earth Mirror feels close and immediate, minimal and expertly atmospheric.

The Hammer and The Relentless from the Boston band Malleus stop by for a chat.